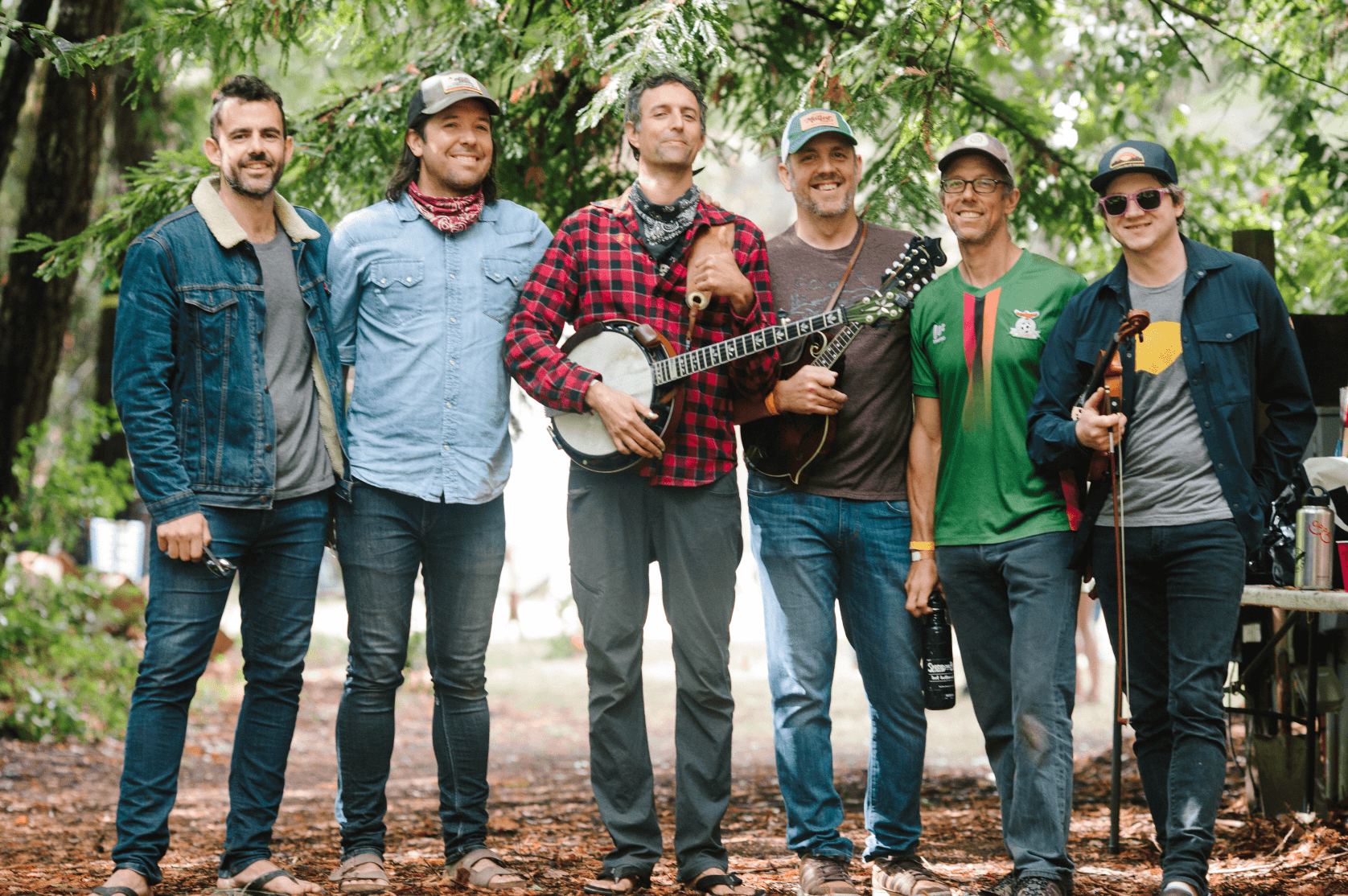 Hot Buttered Rum lives for a good time, and a mindful recklessness settles in whenever these five guys step on stage. From Anchorage to Miami, the group’s onstage chemistry fuels the lovefest that is a live Butter show. Rooted in the trajectory of west coast bluegrass, Hot Buttered Rum plays what has been described as California’s own acoustic music.

HBR’s years of touring have given the band the chance to work and play with a wide cross-section of musicians, people like Peter Rowan, Phil Lesh, Chris Thile, Brett Dennen, and Robert Earl Keen. Seasoned veteran Steve Berlin (Los Lobos), acoustic guru Mike Marshall, and left-coast rocker Tim Bluhm (Mother Hips, Nicki Bluhm) have all produced studio albums for the band. Each guided HBR towards the next step in its evolution. It’s a sound that is tough to describe and easy to love, and it has found its way to the most prestigious pop, folk, and bluegrass stages in the country: Telluride, Newport, Bonnaroo, Strawberry, Hardly Strictly, Kate Wolf, Horning’s Hideout, String Summit, Grey Fox, Merlefest, All Good, High Sierra, Wakarusa, and many more.