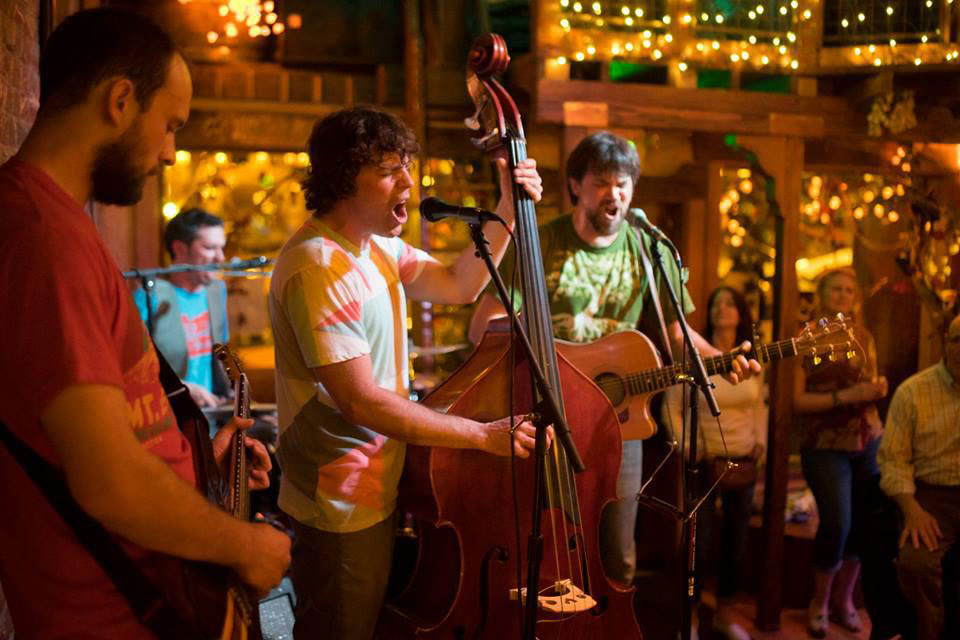 It’s northern California, folk-rock, blues-groove grown from the fertile soil of the last hundred years of American music. These guys can take you from front porch pickin’ to back porch trippin’ in the space of one song, spinning stories of life in the hills and on the road. Their songs are original and real, created together from their broad mix of experiences, and influenced by musical outlaws from today and all of our yesterdays.

For the Sundown Poachers the heart of the music lies in the energy of the live experience. There is a connection that is created in the moment, between themselves and with the audience, no two performances are ever the same. Using a combination of true musical talent, showmanship, heart, and humor, they create shows that are unique but appeal to a broad audience. So if you’re looking for a foot stompin’ good time, come out and kick up some dust with the Sundown Poachers.