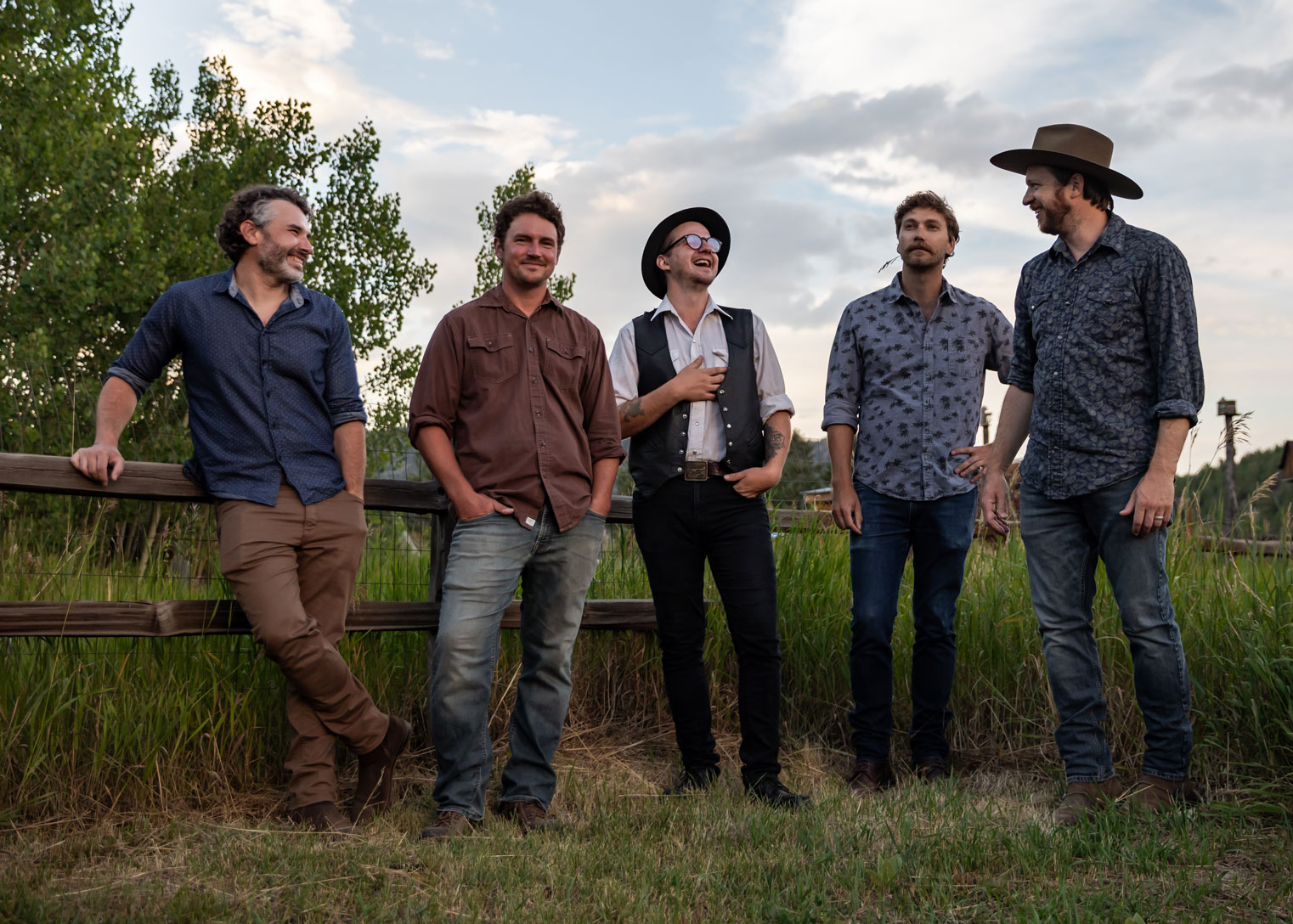 Something downright mystical is happening on Colorado’s Front Range. The very roots of traditional acoustic music seem to sprout from the dirt, shaking their dust into the winds of change, to be breathed in and become the soul of musicians who craft their songs here.

Such is the music of Wood Belly, a musical collective of Chris Weist (mandolin), Tom Knowlton (guitar), Chris Zink (dobro), Aaron McCloskey (banjo) and Taylor Shuck (bass). A Wood Belly song has its own lyrical persona and masterful arrangement; rooted in bluegrass tradition and planted solidly in contemporary innovation.

The band has been garnering attention since the release of their 2018 debut album Solid Ground, which was followed by a win at the prestigious Telluride Bluegrass Band Competition (earning them a main stage performance slot at the 2019 festival), as well as an IBMA Momentum Band of the Year nomination.

The band first started to get together in 2015 and the music fell into place immediately. The instrumentation and rhythmic drive of the band is like a tree trunk centered in bluegrass with branches that uninhibitedly reach out in many directions. There is a powerful focus on songwriting, with influences from multiple genres. Wood Belly, like other bands in the Newgrass or Grassicana realm, is rooted in tradition but refuses to be confined. Their sound is authentic, passionate and always entertaining.

Every member of the band writes and they take a collaborative approach to sculpting a song once the basic structure is in place, refining and editing until a seamless arrangement reveals itself.

Whether it’s a hard driving bluegrass song, a multi-layered instrumental, a pop-oriented hook-laden tune, or a poetic waltz— each song has something to say. There’s an identity, a message in every song, delivered in a characteristic Wood Belly style that is warm and true, occasionally haunting and the next moment light and uplifting. The timbre of voice and strings is solid, confident, honest and playful. Every member sings and vocals are a significant part of the Wood Belly sound.

Since its formation, the band has played an ever-expanding list of great venues including the Mishawaka amphitheater, the Boulder Theater, Wildflower Pavilion (Planet Bluegrass), The Fox Theater (Boulder), The Oriental Theater (Denver) and Cervantes’ (Denver). Their festival resume includes the Telluride Bluegrass Festival, Winter WonderGrass, Northwest String Summit, Palisade Bluegrass and Roots, the Durango Bluegrass Meltdown, The Ogden Music Festival, Rhythms on the Rio, Campout for the Cause, the Keystone Bluegrass and Beer Festival, Rapidgrass, and more.

Winning the prestigious Telluride Bluegrass Band Competition in 2018 has opened doors and created opportunities. The fest is part of the fiber of Wood Belly’s fabric, making the win even sweeter. Each member has a story to tell about attending the festival throughout the years and how it influenced music and inspired songwriting.